Your biggest sale of the season is starting, your engineers have deployed big changes to support the traffic, and you’ve got your fingers crossed.

Six hours later, you realize that almost no purchases have been made. Looking at the trends, you find that a large number of bugs were raised because almost none of the users could add products to their cart.

All of this occurred because of a small bug, but it went unnoticed and led to a loss of thousands of dollars in revenue.

Anomaly detection could help you avoid this situation, alerting your team when there’s a significant deviation from the expected trend so they can take appropriate action to resolve the situation.

An anomaly is a sudden, unexpected deviation from the normal.

Why should you care?

Things that have never happened before happen all the time.

Identifying anomalies and acting upon them is an important process for any business, especially when one has thousands of users interacting with their systems. Detecting an anomaly is the first step to finding and more importantly, solving a bigger problem with your system.

Anomaly detection can help you uncover:

In the next blog, we’ll dive deeper into the techniques.

Some basics of Time Series Data:

It can be as simple as a quarterly financial report or as complex as millisecond-accurate autonomous-car-sensor data. In fact, nearly all the data you interact with is time series data.

This type of data is highly valuable as it allows us to see trends over time, forecast future changes, and detect anomalies.

The value of time series data is affected by 4 components:

A trend is a long-term tendency of the data to move in a specific direction. This can be linear or nonlinear.

For example: The global population, which has been increasing steadily over the past decades. 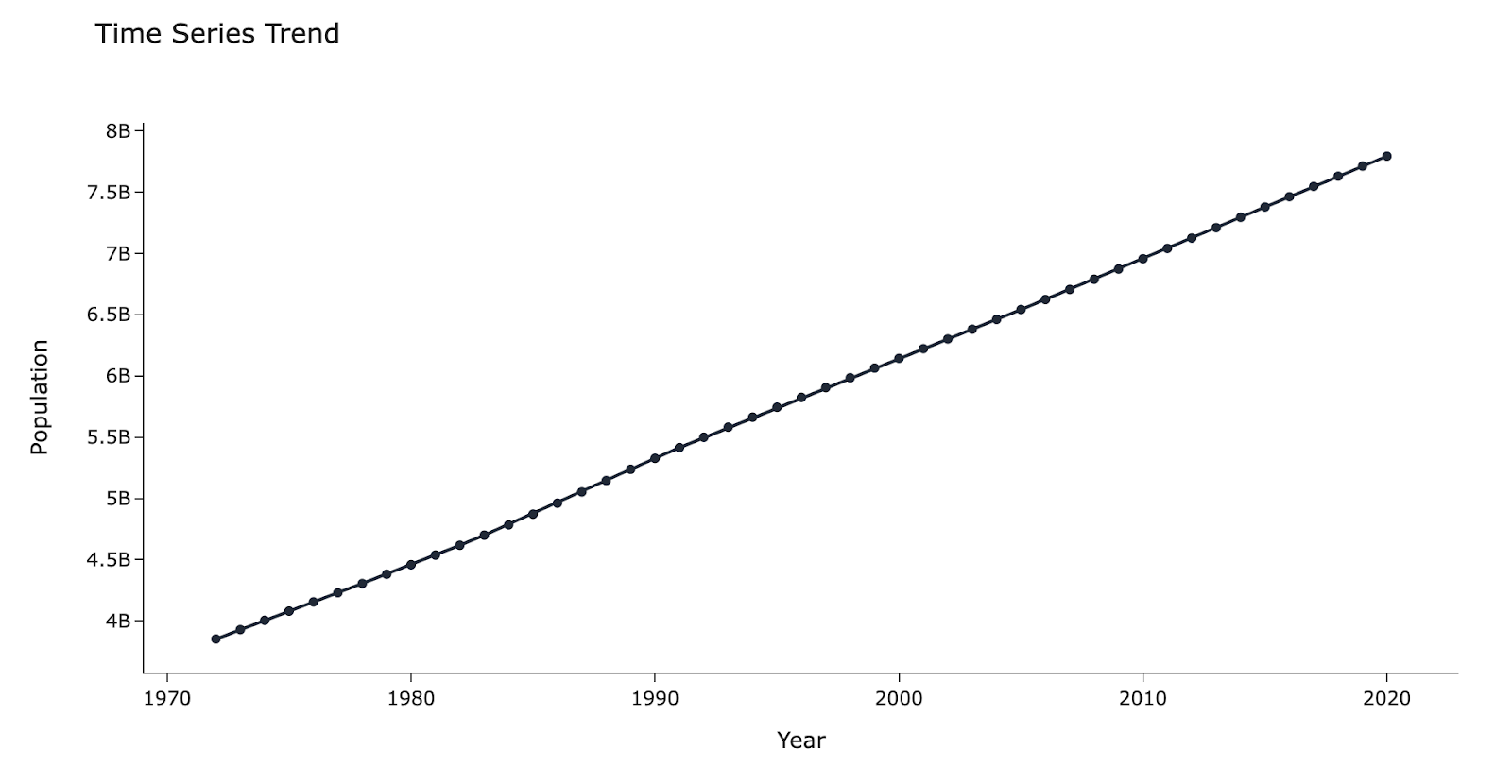 The Indian stock market index has an increasing trend over the past two decades, despite many drops.

Seasonality is simply a repeating pattern in time-series data that occurs at regular intervals.

Another example with seasonality: an upward trend with a few anomalies:

When time series data exhibits rises and falls that are not of a fixed period, this is known as cyclicity. Cyclicity is different from seasonality because here, the time interval between rises and falls is not known or fixed.

Below is a graph showing houses bought in a country over a long period of time. There’s  cyclicity in the data as there are peaks and troughs, but they do not have a regular, predictable interval between them.

These are unpredictable changes in time series data with no identifiable pattern.

Earthquakes, wars, floods, and recessions are some examples of irregular patterns in time series data. Often, these irregular movements are marked as anomalies by anomaly detection algorithms.

All the above components, when isolated, can help in finding anomalies. Some algorithms that do so are SH-ESD and STL (We will explore these soon).

Let’s look at how we can detect anomalies in time series data:

A single, sudden spike or drop in a value

For example, a sudden jump in rainfall measured over 24 hours

A collective anomaly is a sustained change from the rest of the trend. This could also be a group of point anomalies.

For example, increased power consumption in your home during the summer months.

Having a heart rate of 150 BPM may be normal when a person is exercising, but the same BPM at 4AM is worrying. This is a contextual anomaly, the context being that people are usually asleep at 4AM.

A good anomaly detection algorithm takes into account the various components of time series data. Each technique has its pros and cons, and each can detect one or more of the types of anomalies mentioned above.

An overview of various algorithms to detect anomalies in time series data: